The Capricorn glyph is often misunderstood. And there are many variant representations of it, here are some, in the apparent order of most simple to most complex: 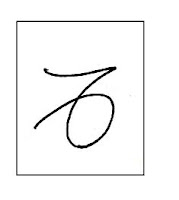 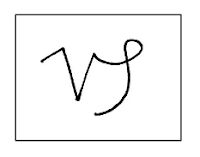 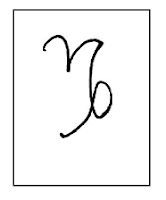 * If you're not familiar with it, please use as reference the Aries glyph shown below 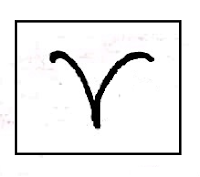 Other than the horns, which aren't necessarily the horns of a sheep (like in the Aries glyph) but rather the horns of any hoofed mammal, we also have the body and tail since Capricorn isn't a goat but rather a sea-goat (a mythological animal)!

As it can be clearly seen in the top three images, the body and/or the tail continue from one of the horns, after which there's a tail twist which finishes the glyph.
There are three main differences between the glyphs.

1. The orientation of the horns, which makes the top most glyph distinct.
2. The angle of the body and/or tail, which takes a different orientation in each glyph variation.
3. Finally, it can also be argued that the rounded section of the topmost glyph can be considered as the body of the sea-goat, while the same thing can't be said for the other two glyphs. As it's also visible, the topmost sea-goat is well fed.

What are our conclusions? That we can jokingly consider Cap to constitute an advanced version of Aries. With Aries being the earlier zodiac version of the later developed cardinal-sign modality of Cap. As far as hoofed mammals go, the goat seems to be superior to the sheep.

Personally, I like to consider Cap to be related to Chinese astrology's Dragon sign. Now, in no shape or form am I an expert in Chinese astrology, and for that reason I'll copy-paste a typical Dragon sign description:
"As the symbol of [the] Chinese nation, dragon represents authority and good fortune. People born in the year of the Dragon are powerful, kind-hearted, successful, innovative, brave, healthy courageous and enterprising. However, they tend to be conceited, scrutinizing, tactless, quick-tempered and over-confident"
What do you think? It seems to me that many similarities exist between the two, and I'd further suggest you'd do more research on dragons in our eastern astrological counterpart.

Since this is a western astrology blog through and through, I want to bring home my point.
Consider the possibility that your good old sea-goat is actually a great sea serpent. Caps act it out all the time, rivaling Leos in the competition for being the fiercest and most authoritarian sign. Also consider that goats and Chinese dragons, in many depictions, have horns and a beard. We can also consider that in Chinese myths dragons are great sea serpents, which is another peculiar similarity. In terms of traits, dragons are depicted as old, wise, stubborn and cunning. Sounds familiar? 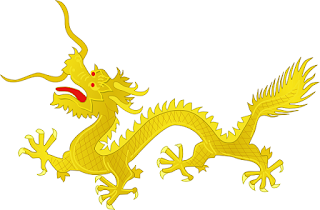 Finally, I want to use this platform and opportunity to suggest a much needed simplification and revision in the Cap glyph. A fourth version, if you may.
In the following version, which I use profusely in my astrology practice, you have the three important elements fashioned in an orderly and straightforward manner, from left to right.
The 'Aries horns' come first, then comes the body and/or tail, with the familiar twist.
Unlike the presently used glyphs though, no eccentric geometry is employed since I see no need in turning our beloved sea-goat on it's head or twisting its body-tail combination in exorbitant ways. 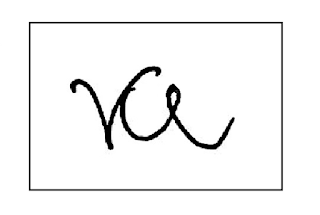 Alas, if you dislike tail twists and you prefer to emphasize the body of our magnificent sea-creature. I.e. a full-body sea-goat, like a good wine. I'd suggest that you'd use the following variation of the new and revised Cap glyph:
After all, sea-goats need to glut, for we shall not allow their population to thin down and dwindle away... 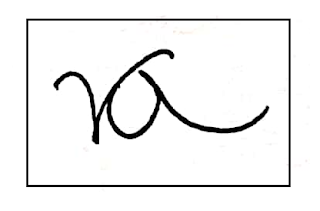